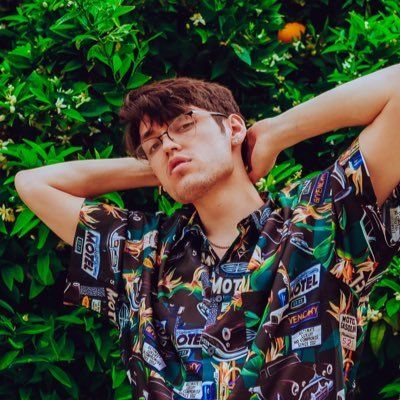 Growing up in Kansas City, Missouri, artist and songwriter Parker Bata (pka PmBata) always had an ear for music. Raised by two band directors, the Midwest native was introduced to music at an extremely early age. PmBata listened primarily to jazz and the radio, until he discovered artists like Mac Miller, Chance the Rapper, and Childish Gambino. These influences inspired him to learn how to rap and produce beats.

Jumping many years into the future, past many failures and small accomplishments, Pm has gained a following and garnered millions of streams across multiple platforms. His most popular song “Nobody Came to My Party” has over one million streams on Spotify. This track landed him the attention of LiveTwoCreate, a popular Tik Tok account that prides itself in discovering and breaking new artists. This connection led him to being invited into the ANA Freshman Class, with artists such as David Hugo and Chri$tian Gates. PmBata’s personal Tik Tok has attained over 550k followers.

404 Collective eventually caught wind of Bata and added him to their roster of artists. He now song writes, records, and produces music alongside artists Rozei, 404vincent, Lil Story, and LocateEmilio. PmBata also works with 5x Grammy award-winning producer and song-writer, Brian Kennedy, whose musical catalogue includes collaborations with Lady Gaga, Chris Brown, Rihanna, the Rascal Flatts, and Kelly Clarkson to name a few. Within the last year Bata has signed with 400 Entertainment and signed a publishing deal with APG. 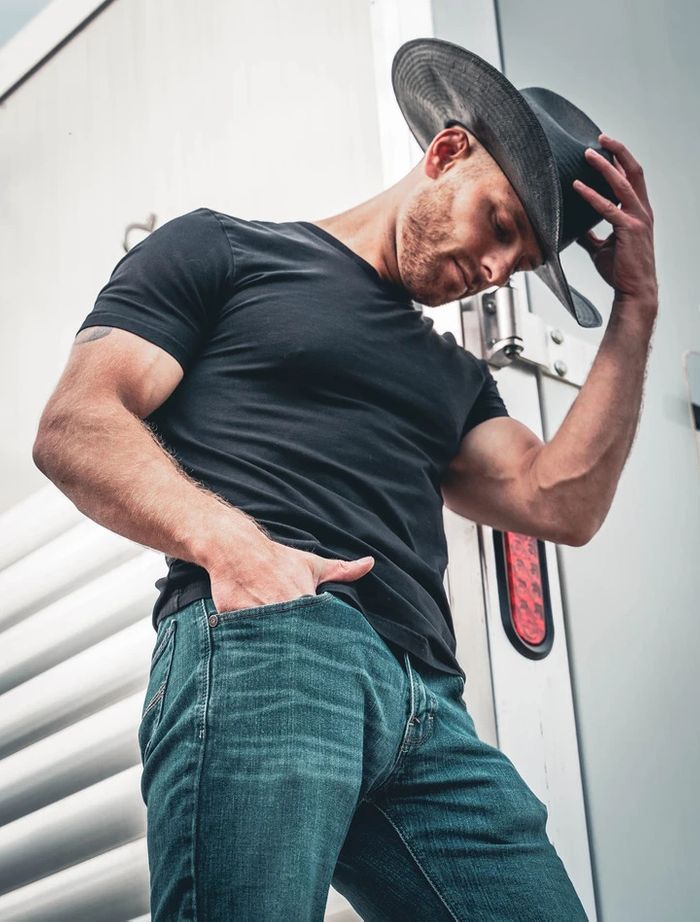 Coming up in the small town of Smithville, Missouri, Andrew James emerged onto the country music scene after a video he posted of himself singing in his garage unexpectedly, but not surprisingly went viral in 2015, reaching over 10,000 people. Heavily influenced by country music veterans like Keith Whitley, Jason Aldean, and Tim McGraw, Andrew credits his authentic sound to his personal upbringing, the legends who came before him, and the hometown that keeps him grounded in his country roots.

“I sound more like 90’s country (soft-rugged), but have learned over time while working in the studio that I have many different sounds that I, myself, didn’t know I had.”

After having his cover videos featured on several large social media accounts, James swiftly gained national notoriety with his videos garnering well over 10 million views on Youtube, and his debut single “Moon and Back” peaking at number 99 on the iTunes Country Charts.

The young talent signed with Grammy-award winning producer and songwriter, Brian Kennedy—who’s written and/or produced for artists like Rihanna, Ciara, Chris Brown, Kelly Clarkson, Jennifer Hudson, The Rascal Flatts and Lady Gaga to name a few—and the rest is history. Currently, the passionate young country singer is working on new music for his upcoming Debut album, which will undoubtedly become an instant classic.

“I hope to change country music and the way it sounds today and create something amazing with the help of Brian Kennedy!” -Andrew JamesI 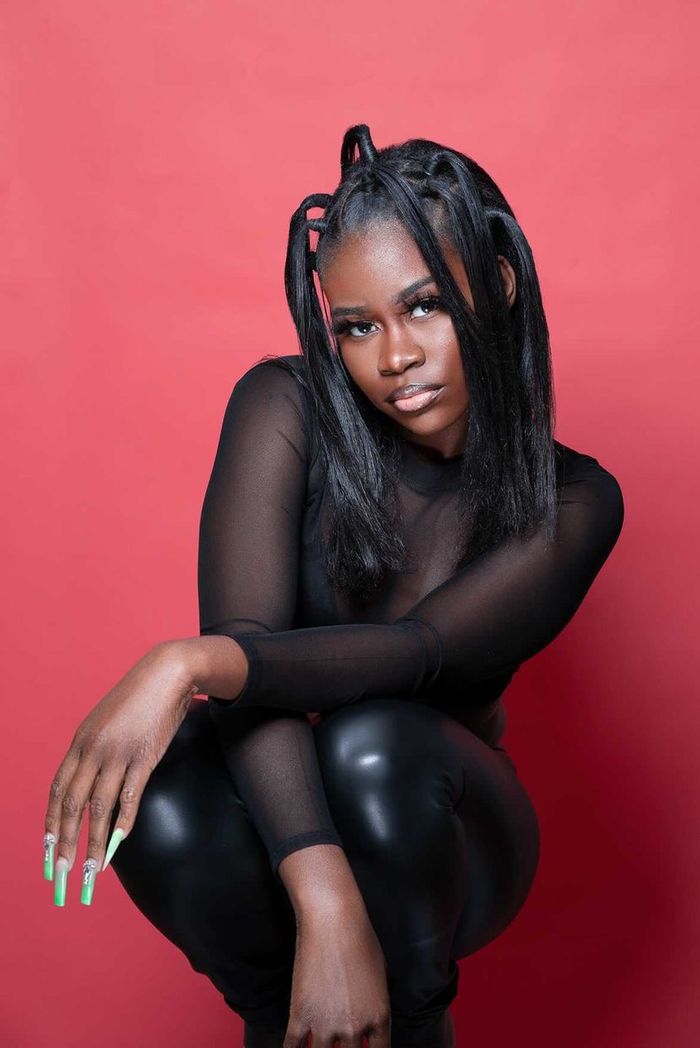 Versatile female rapper from Kansas City Mo. Best known for her wordplay and complex lyrics with unique sound. Shay is a college graduate who started her rap career amid graduating from Northwest Missouri State University with her Bachelors degree for Mass Media Broadcast Production in 2019.

Upon her emergence amongst rappers from Kansas City, she has made her mark and self proclaims herself as the “ILLA CITY ANGEL '', who wants to change the narrative of Kansas City rap culture and female rap in general.

Shay Lyriq started writing at the end of her years as a high school student. She first broadcasted her talents during her run as a contestant for the “Miss Black and Gold” beauty pageant at Northwest Missouri State University. She then recorded her very first record “The Warning'', a remix to the classic originally performed by The Notorious B.I.G.. The remix tells a tale about a run in with her father. Even with minimal work out, Shay Lyriq is noted as one of the most explosive artists to come out of the city since her debut.The young artist has been heard on one of the best radio stations in kansas city, Hot 103 JAMZ (KPRS) for her feature on the single “Iz U Dum Remix” by LadyKilla Tellz and Tonyae.

Shay Lyriq is also featured on The Yadda Yadda Podcasts’ new single “No Huss” and is noted (by Hot 103 JAMZ’s Joe Cornejo) to have one of the best verses to come out in the year of 2021. 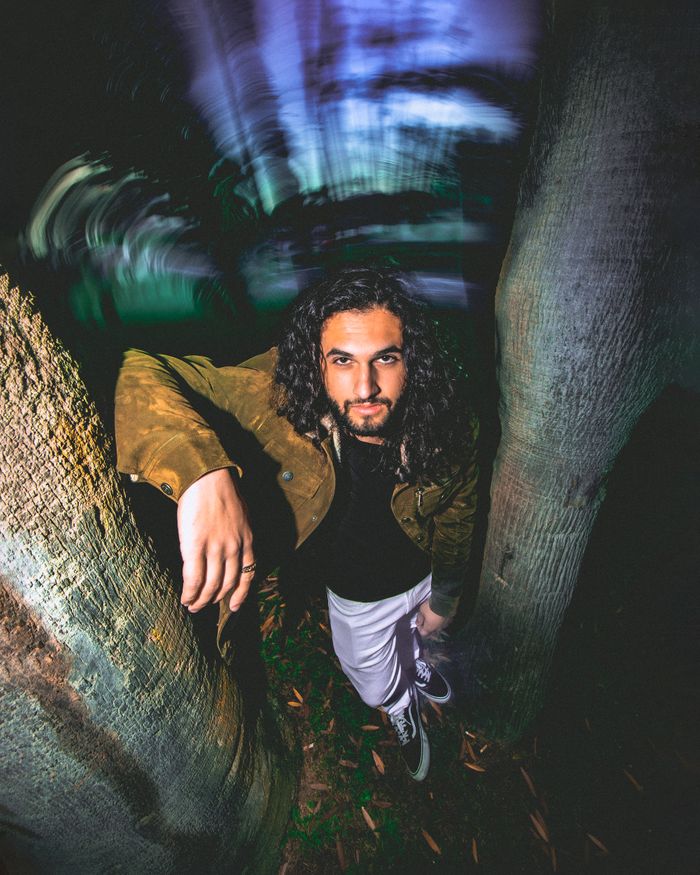 Packing a background as authentic as it is innovative, lyrical genius, Danny Hatem, always knew he was born to entertain. Proving his star power after receiving his first drum set at the tender age of five, the young talent credits his hometown of Kansas City— a city known heavily for its eclectic music scene— for his unique sound.

“I’m from Kansas City, Missouri. Being in the middle of the map allowed me to pull inspiration from everywhere. That’s why my music doesn’t really sound like anything else. You might hear influences from certain artists but overall, it’s difficult to pinpoint my sound.”

By eight-years-old, Hatem discovered his passion for rapping and officially started producing music at sixteen. The lyricist/producer/engineer’s raw talent, paired with an undeniable work ethic eventually caught the attention of music managers and industry highbrows, Kevin Seals and DeAndre Wiseman of Seven Entertainment. The trio has worked endlessly to build the foundation for what is sure to be a long-lasting music career for Hatem. Equipped with the undeniable ability to paint pictures with words, Hatem’s status as a future legend has afforded him the opportunity to work with Grammy-award winning producer and songwriter, Brian Kennedy.